MRC Prion Unit - The MRC Prion Unit was established in 1998 and is located at the UCL Institute of Neurology where it is closely integrated with the University Department of Neurodegenerative Disease. The Unit was formed to provide a national centre of excellence with all necessary facilities to pursue a major long-term research strategy in prion and related diseases. 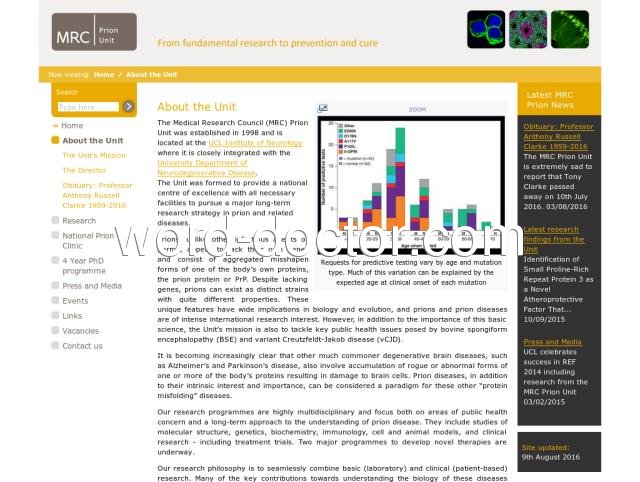