Inter-Care - Welcome to INTER-CARE - Inter-Care Ltd. is a comprehensive treatment service provider for individuals and families affected by alcoholism and other drug dependencies. We are licensed by the New York State Office of Alcoholism and Substance Abuse Services, offering a broad range of outpatient services. Our focus is long-term recovery and personal growth based on a medical model with an emphasis on family involvement in treatment. We provide the professional care and support, experience and tools that go beyond total abstinence, giving our clients the ability and the positive energy to take on life's daily challenges in our New York community. 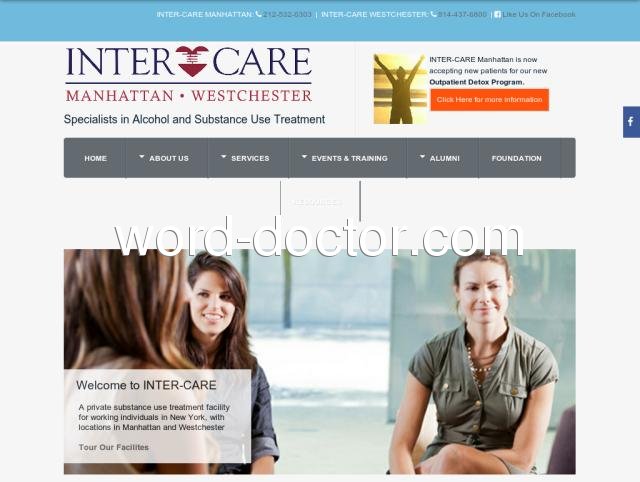