The UK`s Leading Architectural Photography Specialist - Cloud 9 Photography, based in Leeds, UK was established in 1988 and provides a photographic service to architects, designers, retailers and property agents throughout the UK and internationally. 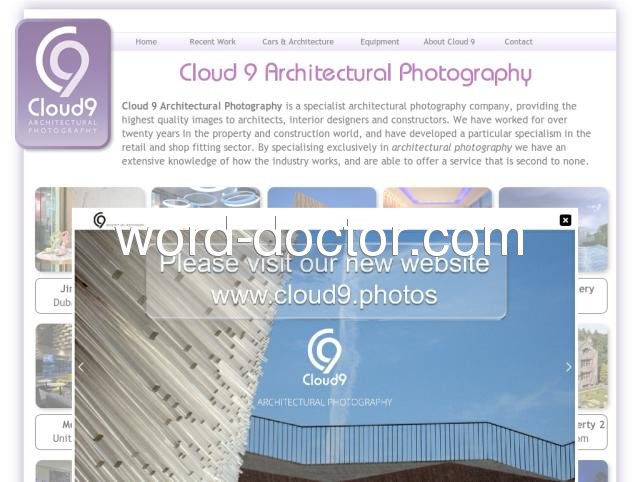