Sun Crest International Limited - Sun Crest International Limited is an established premier marketing and distribution company, based in the Republic of Trinidad & Tobago. We have been actively involved in the marketing and distribution of pharmaceuticals, medical supplies, nutritional supplements and personal care products since 1974. 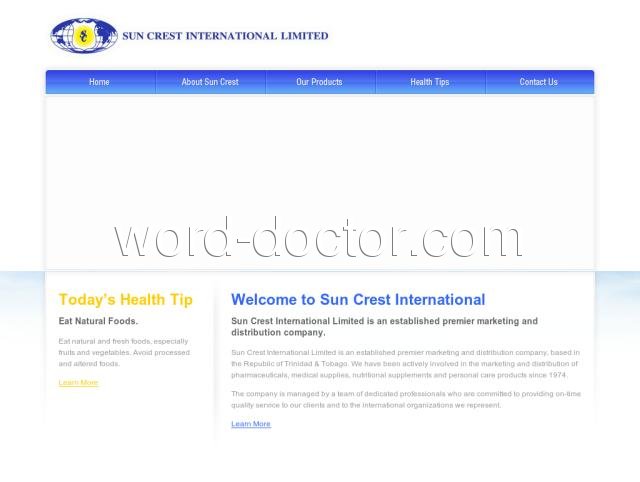