DRUG-NEWS: Methylphenidate Side Effects and Warnings - Many think methylphenidate is safe, or mild, because so many children use it. However, the government classifies the psychoactive drug with cocaine and morphine because it is highly addictive. 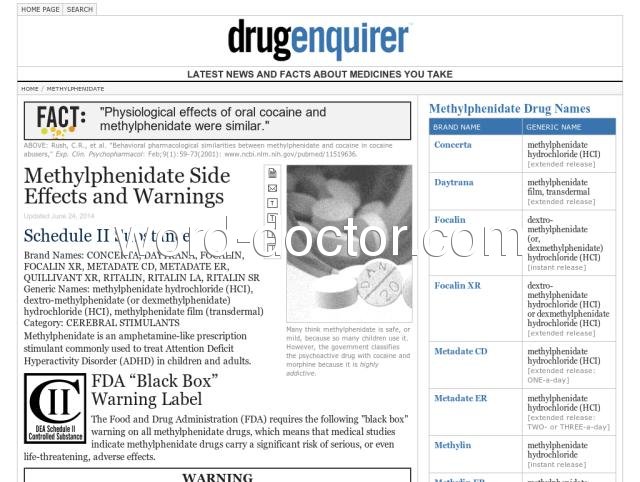