Adbusters | Journal of the mental environment - Adbusters is a not-for-profit magazine fighting back against the hostile takeover of our psychological, physical and cultural environments by commercial forces. 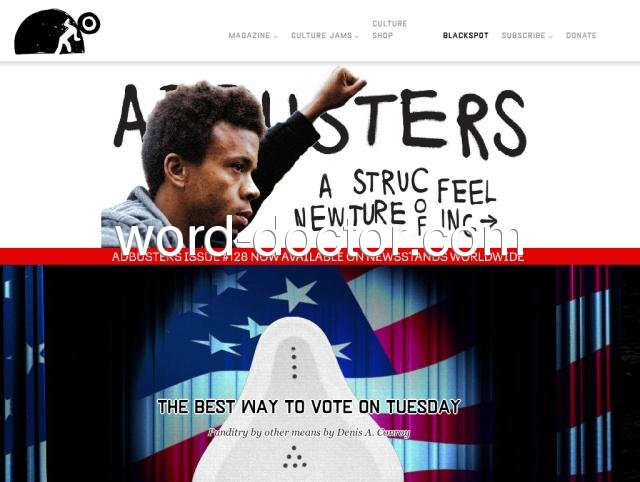